Posted on August 2, 2014 by cultofezzell 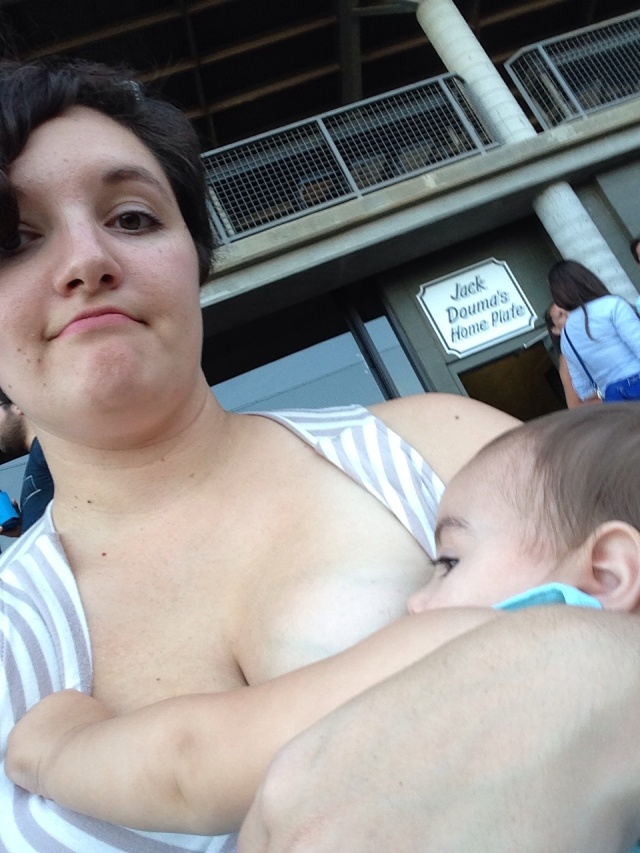 The way a parent feeds a child and how a mother makes her own health choices are intensely personal choices and I am passing zero judgment on anyone’s journey.  I am merely sharing my own current struggle.

On this, the first day of World Breastfeeding Week, I’m weaning my tiny girl.  It’s bumming me out.  I can’t get past it.

I have rheumatoid arthritis.  It sucks in general, but was somewhat in remission during my pregnancies, as well as for a little over a year after Nora was born and a few months after Emeline was born.  It is not even close these days.  That means I have to start taking a scary medicines that is immunosuppressive.  I get to inject myself once a week (or maybe Ben gets to inject me, that lucky guy…) with a biologic that will hopefully keep my body from wearing my joint tissue down to nothing.

People my age aren’t supposed to get these kind of diseases.  I know this because there are questions on the questionnaire at the rheumatologist’s office that ask about your ability to play with your grandkids and how often you walk the mall.  I know this because when I name my disease to others, I get responses that are pretty much verbatim, “But that’s an old person disease.”  Yeah, I know.  I was diagnosed at 22, I believe?  It sucks.  It colors every decision I make every day of my life.  It was a determining factor in when we decided to try to start our family and when we decided to try to expand our family.  It’s in everything.  If you know me, you know I talk about it too much, but that’s because it’s everything… But I digress.  Because my disease is not that of a young person, typically, there is not much known about the effects on women of childbearing age.  Being on these medications prior to or during pregnancy could cause birth defects.  Being that these medications are at most about 14 years old and anyone taking them has probably used a host of other medications, there’s just no way to know.  When we were trying to get pregnant and between the girls, Ben and I decided that it was absolutely not worth the risk.  I could tough it out, tough out the horrific pain, because it would probably subside to some degree during pregnancy.  The doctor told me at the time that they think that the biggest risk is hindering ear and eye development in fetuses.  If that happened to one of my babies, I don’t know if I could live with myself.  I’ve had this in mind every minute of every day since he said those words, and it helped get me through some incredibly painful times.  “Yes, this hurts, but imagine giving birth and seeing that the baby has no eyelids and it’s all your fault.” I know that’s extreme and I know it is highly unlikely, but… That’s where my mind goes.  Now we’re done having babies, but that lactation gets in the way of things.  I nursed Nora until she was 25 months old and I would have loved to have gone as long with Emeline.  This is breaking my heart to write, but I had to get it out.  When I was at the rheumatologist on Monday, we were discussing options:

So I asked what the risks are to taking these immunosuppressive medications while breastfeeding.  “We don’t know.”  Yeah, yeah, I know you don’t know for sure what will happen, but what potential risks are out there?  You know, like the eye and ear problems during pregnancy?  The answer, and I’m paraphrasing, is “We don’t know.  It’s so new and there’s such a small pool that we have no idea what the risks may be.  We do know that some of the medicine was present in the milk of lactating women.  Do you really want to have your daughter have an issue and then find out it was a risk?”

So, here we are.  I have about a month to finish up my breastfeeding journey and I really hoped for another year.

Not looking for anything, just sharing my heart.