I’m going to give you some odd tidbits, because I feel like it.

I’ve been reading Pride and Prejudice and Zombies. I wasn’t sure how I would feel about it, because I am, in typical nerdy girl fashion, in love with Jane Austen, the Bronte sisters, etc. I am kind of in love with this take on the classic, however. I like a world where the Sisters Bennet can defend themselves against the legions of the undead. It makes the whole culture of the time feel less sexist and oppressive and that makes me grin, as do the illustrations.

Has anyone followed the Baby Sasha story? This child was raised for five years entirely gender neutral, only allowed gender neutral toys, dressed in both what would be considered boys clothes and girls clothes, never allowed to watch television, and referred to as “the infant” by the parents. Only a few close family members knew the gender of the child. I won’t spoil it for you… The gender was revealed today and I linked the article above. Starting school seemed to be the thing the parents couldn’t get around. It’s an interesting idea, but I really don’t think I’m scarring Nora by putting her in pretty dresses.

All dressed up for a wedding

She thinks they’re fun. She also likes the pockets on her cargo pants and sometimes picks her plain gray shirt over one with sparkly things. As she grows and exhibits more and more personality, she can make her own choices and Ben and I will respect them, because we love and respect her.

Something I’ve been obsessed with lately is Tophatter. It’s live auctions of handmade and vintage items. I get a little competitive, but I have only bought a few things and have yet to go over the limit I set for myself, so I’m pretty happy. 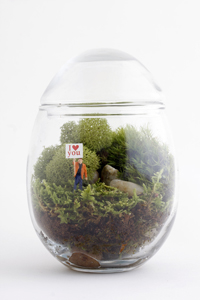 The coolest thing I’ve seen in a long time is this little terrarium. I have no way to justify spending the money on one, but seriously… How cool is this?? They are on a sale site I check regularly called Fab. I’ve found some truly weird and awesome things there. 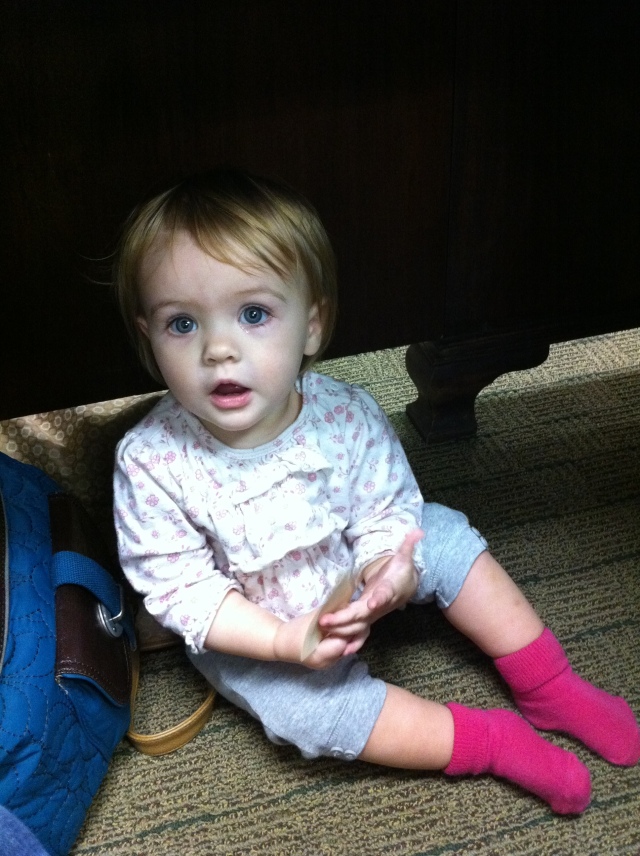 Well, the sweetest bear in the world is awake and growling for lunch!